The OECD and the G20 are promoting a fundamental rewrite of the rules governing the taxation of the world’s digital giants.

What is the connection between digitalisation and taxation? The world’s largest, most valuable and most profitable businesses are digital businesses. Their rise took place in recent decades and years, while in contrast, the international tax rules are one hundred years old.

The international attribution of taxing rights is based on the concept of physical presence. Digital businesses are typically not present in the countries of their users, and their most valuable assets – intangibles – are highly mobile. As a result, public perception is that digital businesses do not pay their fair share.

This has led to the introduction of the BEPS project, which aims at putting an end to international tax avoidance, and the proposal of the Two-Pillar Solution that will raise and reallocate international tax revenues.

The BEPS Project – the result of consolidated political will

In the aftermath of the financial crisis, approximately 140 countries of the world formed the “Inclusive Framework on BEPS”. BEPS stands for “Base Erosion and Profit Shifting” and aims at tackling tax avoidance and enhancing tax transparency. The Inclusive Framework represents 90% of the global GDP, highlighting its economic significance. In 2021, these countries, including the US, China, Panama, Ireland, agreed on new tax rules for the wold’s largest businesses. They called the rules: A Solution to Address the Tax Challenges Arising from the Digitalisation of the Economy.

The concept is based on two pillars. Pillar One provides for a new attribution of taxing rights. It was concluded among the participants of the Inclusive Framework that the concept of physical presence does not fit the digital business. Therefore, attribution is no longer based on physical presence, but on the location of consumers and users. Pillar One is expected to reallocate USD 125 billion in profits. Pillar Two provides for a minimum corporate income tax rate of 15 percent in each country. Pillar Two is expected to result in an additional tax revenue of USD 150 billion. The aim is that these new tax rules will enter into effect as early as 2024.

What companies will be affected?

As mentioned, the new rules will affect the world’s largest businesses. In the beginning, the drafters had only social media in mind. It then shifted to GAFAM, meaning Google, Apple, Facebook, Amazon, and Microsoft. Now, the published rules cover companies from almost any sector. What does “large” mean in this context? Pillar One, the new attribution rule, aims at businesses with a global turnover of EUR 20 billion and a profitability of 10%. It is expected that only about one hundred multi-national enterprises will be covered. Pillar Two, the minimum tax, covers businesses with a global turnover of EUR 750 million. Companies below those thresholds will not be affected by the new tax rules.

Pillar One gives a taxing right to the market jurisdictions. For each type of transaction, there are specific sourcing rules. For example, income from online advertising is sourced at the location of the IP address. Obviously, this will entail a huge administrative effort on behalf of the covered businesses. If the revenue of a business within a country reaches EUR 1 million, or EUR 250,000 for smaller economies, the country gets a piece of the cake. The cake is the residual profit of the business, meaning a profit exceeding 10% of revenue. One quarter of this cake is reallocated to all of the market jurisdictions based on revenues sourced in their territory.

These rules will be included in a multilateral convention. This is still a work in progress. The multilateral convention can be called a new double tax treaty for the world. It will apply in addition to existing bilateral double tax treaties that still allocate the taxing rights according to the old rules. Of course, no double taxation of the same income should occur under the new rules. Moreover, there will be a dispute resolution and prevention mechanism. Pillar One, as an international agreement, aims to make national efforts for the taxation of digital business unnecessary. Therefore, national digital services taxes will be abolished.

Pillar Two is also referred to as “GloBE”, meaning “Global anti-Base Erosion”. The aim of Pillar Two is to limit the race to the bottom when it comes to tax rates. While Pillar One focuses on the consumer, Pillar Two focuses on the shareholder. The starting point is the consolidated group financials. For each jurisdiction in which the business is present, the relation between taxes and income is determined. The result is the effective tax rate in each jurisdiction. If and to the extent the effective tax rate is below 15%, a top-up tax has to be paid by the ultimate parent entity.

There is a substance carve-out. Substance in this respect means tangible assets and payroll. No top-up tax is due on profits in the extent of 5% of tangible assets and 5% of payroll. There is also a de minimis rule for jurisdictions in which the business has revenues of less than EUR 10 million and profits of less than EUR 1 million. No effective tax rate will be calculated in these jurisdictions.

On the verge of a new era

The Two-Pillar Solution will lead to higher taxes in market jurisdictions and possibly in the jurisdiction of the ultimate parent entity. There will be a reallocation of taxable profits and additional taxes if income is earned in low-tax countries. While the details are still unclear, one conclusion is clear: within the next one and a half years, the existing cross-border tax system will become a truly international tax system. The impact and burden on large multi-national businesses will be huge. The new era is right around the corner. 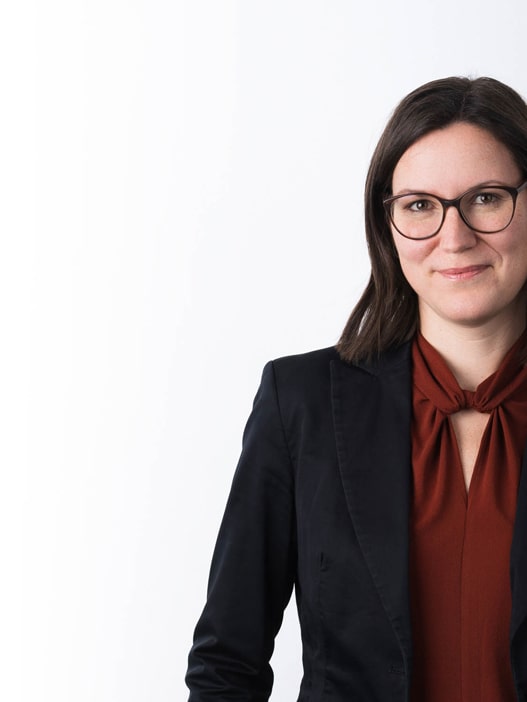 Sustainable Securitisation – too complicated or worth the effort?

Regulatory evolution This is the second article in a series of articles that started with “The European Green Bond S...

Copyright in the metaverse: thriving new fields of application for NFTs

NFTs are set to become one of the cornerstones of the metaverse NFTs enable companies to enter the virtual market of the m...